The following is a personal narrative my son, Caleb, wrote for school after our trip to Haiti.

Recently, I went to Haiti with my mom and grandma to visit a school in the village of Carrefour Poy. As we were planning for the trip, I thought it would be nice to bring gifts for the children at the school to enjoy. I worked hard doing various jobs and raised $700! Some of the jobs I did were shoveling gravel, pulling weeds, digging holes, hauling brush, leaf blowing, and painting a horse arena.

Soon, we were on our way to Haiti. I brought a variety of gifts for the kids such as coloring books, jump ropes, a foam ball for playing dodgeball, soccer balls and a pump, which were donated by a ministry in Stockton, and soccer goals. I also brought some dolls and doll furniture for the girls and plans to build a dollhouse, since it would be too hard to bring one on a plane.

When we first got to the village I gave the kids their jump ropes and the soccer equipment. I could tell they were very excited by the looks on their faces! They immediately started helping me set things up to play soccer. Meanwhile, the girls were making a racket playing with the jump ropes. Before I knew it, the kids excitedly began playing soccer. It gave me joy to see all their happy and smiling faces. The next day we hired a Haitian man to build the dollhouse. This man lives near the village and is a skilled woodworker. It surprised me how easily he was able to build the dollhouse even though the instructions were in English.  I was amazed to see how fast he built it, especially since he did all of the work by hand; he didn’t even have any electric tools. 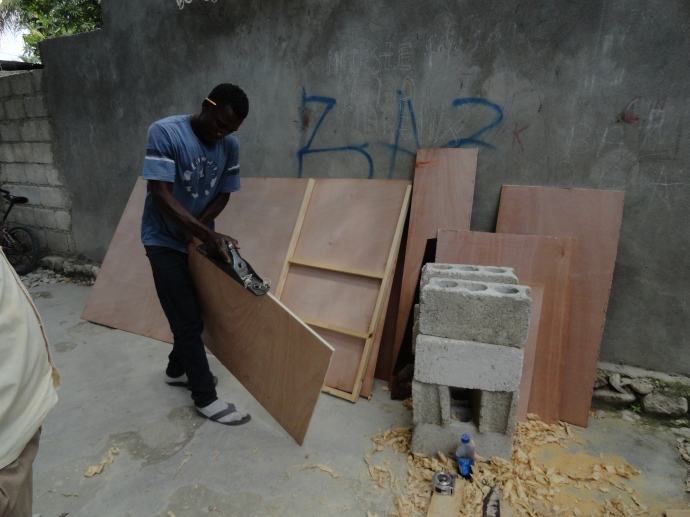 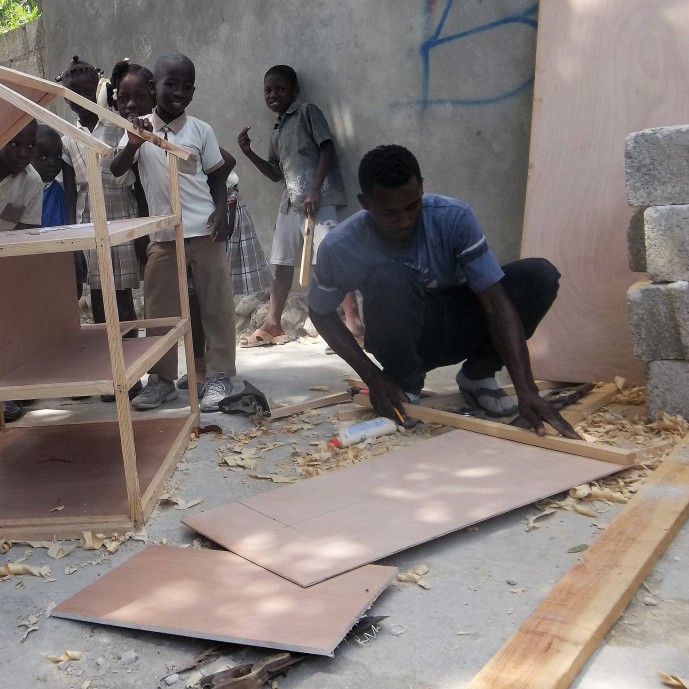 The last day, we stopped at a local store on our way to the school to buy some books in French and Creole for the library the school principal plans to build. 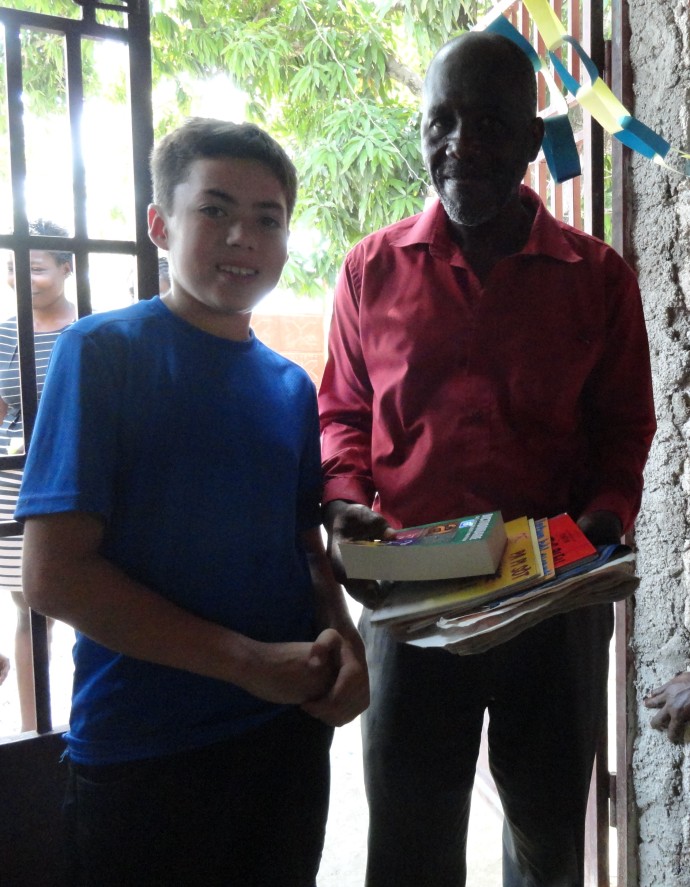 Outside the gate to the school, we were greeted by a crowd of children with bright and happy faces. When we went inside, we saw that the dollhouse was finished and looked like a professional contractor had built it. With excited children crowding all around us, I helped some other kids carefully set up the doll furniture. The girls were extremely happy with their new toy and enjoyed playing with it.

All that hard work raising money was definitely worth it. Seeing all those happy faces was like seeing the world lit up in bright gold. Despite the heat and even though I was exhausted by the end of the trip, I knew I was going to miss Haiti. It was an experience I will never forget.

After paying for all the things listed in this post Caleb still had money left over, which he gave to the school for school meals and to help pay for the new classrooms Principal Samuel wants to build before the next school year.  Thank you to everyone who help Caleb with this project by hiring him to do jobs!

3 thoughts on “Gifts for Haiti”