Thought I’d share some of my first thoughts on returning from Haiti. It took me a bit of time to process all I’d seen and experienced. I’ll share a different perspective in a few days.

I had been to the slums in Nairobi and Ngong, Kenya two years ago with Vapor Sports Ministries. The slums in Haiti were shockingly similar to the African slums. It was difficult to see again, and to think about how many places there are like this in our world. 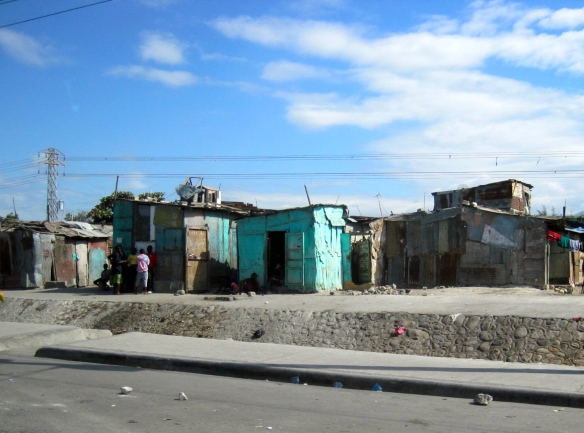 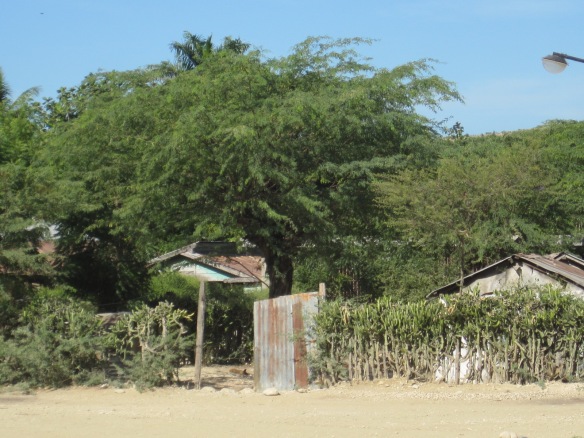 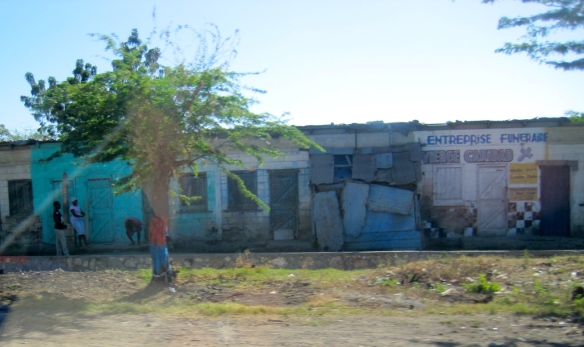 What I thought were little ATM boxes everywhere on the side of the road. Turns out they were lottery boxes. Just what a devastated country needs. 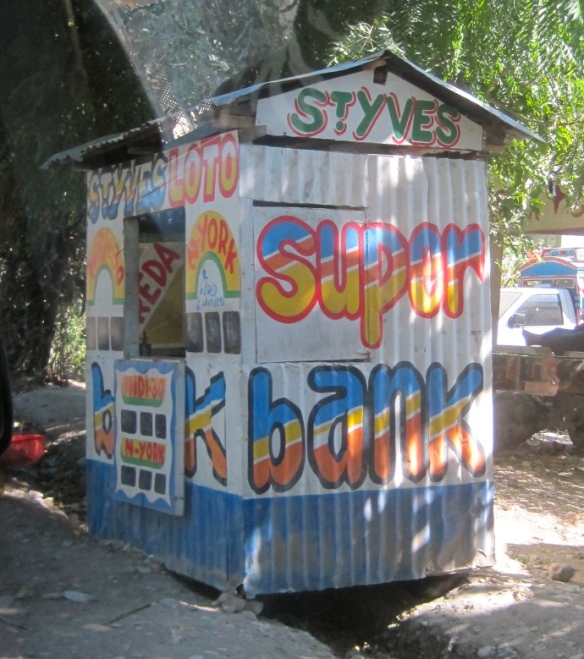 Do I sound… I don’t know how I sound, or even what I feel. We were headquartered in Port-au-Prince, and drove through rubble and slums and tent cities and garbage and a LOT of people every day and all the way out to the country area where Carrefour Poy was. Its just a lot to process.

We did have a very ‘successful’ trip, accomplishing almost everything we set out to do. We brought over 150 pairs of shoes with us, but we still ran out before we were able to give every child a pair of shoes. We were able to meet with each of the sponsored students, and quite a few of the students still waiting for sponsors. We had a ‘teacher appreciation dinner’ (served them American style sandwiches) and we were able to visit with some of the students in their homes. 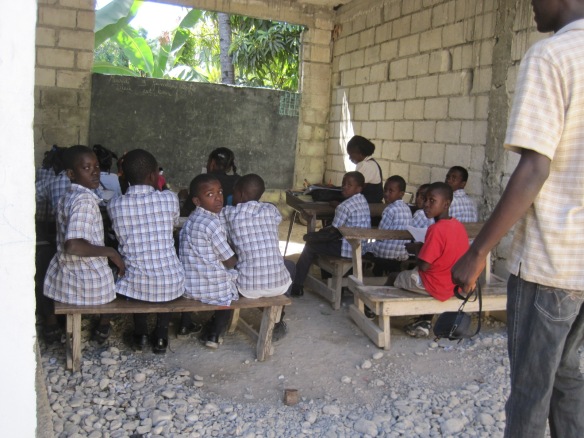 The similarities to Nairobi (I visited Nairobi in January 2011) were almost eery. And as I learned in Nairobi, there is peace in a simple life. Our host and chauffeur and interpreter, Pastor Gilbert, lives in a modest home in the middle of the rubble of Port-au-Prince. Sometimes there is electricity, and sometimes there isn’t. When there isn’t electricity, there isn’t running water (one of the most useful things I learned was that I could wash my hair with 5 cups of water! One to wet my hair, and 4 to make sure it was rinsed. That will come in handy someday.) There were always people coming and going from his house, and they had several women living with them who had no where else to go. A young nursing student and their 5 year old niece also lived with them. And yet, in the midst of all that, I thought, “Gilbert’s home is a very peaceful place.” Oh, and they had THE MOST WONDERFUL COFFEE ready for us each morning. What else could a person want?

Here’s a couple of shots of us at the San Francisco airport, all bright and shiny, at the beginning of our journey.

My friend Wendy and her son Jason, with their healthy choices of kombucha and coconut water. 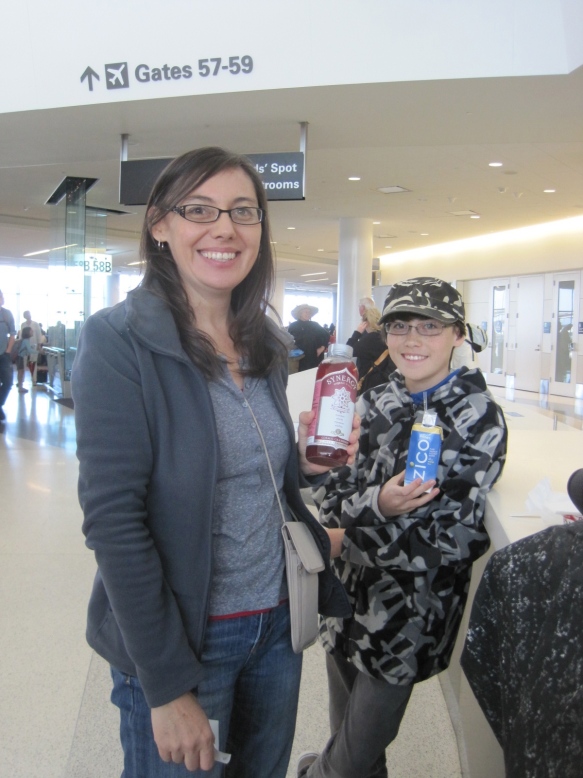 Guess what I found? 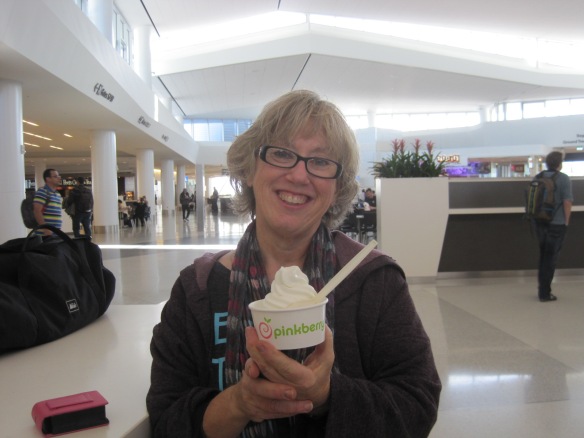 And at the end of the trip, Wendy and I and the three outstanding young men who worked with us as interpreters and more. 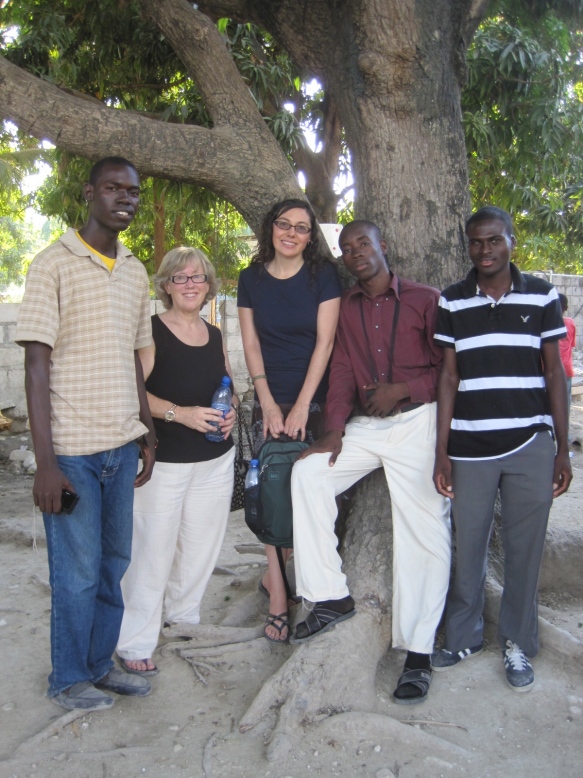 From left to right: Claudel, me, Wendy, Sander, and Alex.
posted by debby

One thought on “First Thoughts”